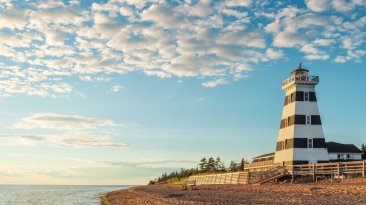 Prince Edward Island regarded as the smallest Province in Canada. The province is also known as PEI and known for its’ natural beauty, history and culture. It is an ideal region to study, work and raise your family.

The province is home to some of the best schools in Canada and the famous Charlottetown Conference of 1854 which led to how the nation was formed. Aside from the province being the birthplace of the country, it has high taste and quality standard of living.

The best way to migrate to the province is through the PEI Provincial Nominee Program which is also known as PEI PNP.

Just like the other provincial express entry programs, the PEI PNP targets individuals or migrants who will add value to the province. The PEI PNP targets specifically skilled workers to strengthen the area they need.

Once you have a profile in Canada’s Express Entry Pool and you show or indicate an interest to move to PEI (usually known as Expression of Interest), the province will formerly make contacts with the immigrant using the express entry. An invitation to apply for the province PNP will be sent to the candidate.

The province selects candidates based on their skill, experience, and ability to settle and work in the province. If you are selected, you become eligible to apply for a PR to stay and work permanently in the province.

The province has several streams which are divided into three different categories.

This stream gives candidates who express interest to live and work in Prince Edward Island the opportunity to move to the province.

Only candidates who are eligible for one of the Federal Economic Immigration Classes (Federal Skilled Worker, Federal Skilled Trade, Canadian Experience Class) are qualified for this program. The province also makes its selections based on the current labour needs of the province.

Those who are eligible for this stream are foreign workers and recent graduates. Candidates can apply through one of the Prince Edwards Island’s Labour Impact Streams (Skilled Workers in PEI and Outside Canada, Critical Worker, International Graduate).

Individuals who have gained employment in PEI are given the opportunity to speed up their permanent resident application process when they receive PEI PNP.

This stream is for business people. Those who wish to migrate to Canada for business reasons using a business visa can make use of the business impact stream. It does not matter whether you are starting a new business or investing in one.

You can also obtain a work permit when you invest in one of PEI businesses which should speed up your transition into Canada as a permanent resident.