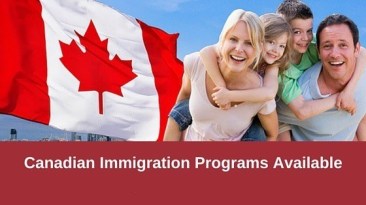 Canada for sure gives you a good life. I mean you have access to beautiful places, good jobs, Nice homes and everything good. The country provides job opportunities every year for both citizens, permanent residents, and newcomers coming into the country.

This year alone, Canada has provided over 248,000 jobs adding the ones of previous years. The country has witnessed a major boost in its economy since the introduction of the immigration programs.

The government of Canada has introduced new programs over the years to make job hunting easier for immigrants. Canadian provinces have introduced individual and unique immigration programs to select skilled workers.

The Express Entry system since its introduction has become the major source of candidates for Provinces. Each province has special provincial nominee programs that search through the Express Entry pool for eligible candidates.

Provinces searching for candidates to fill up job vacancies will look through the Express Entry pool and select candidates who are Eligible. Eligible candidates are nominated for permanent residence and will gain an additional 600 CRS points.

There are basically two ways to hunt for a job in Canada; one is online and the other is within Canada. Hunting for a job online requires you to surf for available jobs on websites. For instance, 10xmigration Jobs Category provides you with current jobs in Canada.

Then within Canada means searching for a job when in Canada either as a visitor, tourist, or student.

Due to the urgency to fill up gaps and vacancies created by ageing workers, the government of Canada introduced some programs as explained below.

Below are immigration programs to help make job hunting faster:

Introduced in 2017, this program became a major hit for both employers and Canada. The program has brought in over 40,000 workers to Canada with a quarter of that figure being skilled workers.

It has two weeks’ application processing which has made it one of the most popular programs for both job-hunters and employers.

One of the requirements for these states that applicants must have a valid job offer before they can apply. Also introduced in 2017.

The program was created to attract skilled immigrant to Atlantic Regions in Canada. This year alone the program has produced 3,700 job offers, with 3000 applicants admitted for permanent residency.

Click here to see the requirements to apply for the Atlantic Immigration Pilot Program now.

The Canadian government early this year launched this program to help attract more immigrants to rural areas. Currently, only 11 communities have been added to this program so far, many will follow in time.

Immigrants often move to popular areas and cities in Canada neglecting some of the rural places. With more job opportunities now created in these rural communities, the government is now on the search to fill-up these vacancies.

Click here to read more about the Rural And Northern Immigration Pilot now.

This program is mainly for businessmen or women, Entrepreneurs and investors who wish to settle in Canada. Introduced by the Canadian government to attract persons that can create jobs through business in Canada.

So far, the program has attracted over 700 Entrepreneurs who are now permanent residents in Canada. You can also see the Requirements To Apply For Quebec Entrepreneurial Program here.