Home » How Long Can I Stay In A Province After Receiving My Permanent Residence?

How Long Can I Stay In A Province After Receiving My Permanent Residence? 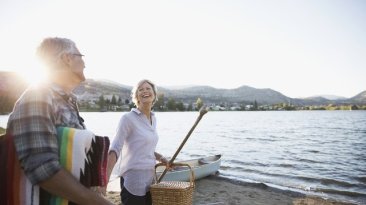 Becoming a permanent resident or Canadian citizen is no easy journey. It takes years of actually living and working in a particular province to actually qualify for a nomination.

In as much as there no constitution or law binding a permanent resident and citizen to a particular province, once it is discovered that you do not have plans to stay in the province where you were nominated, you could be denied entry.

If you have received your nomination and intend on changing your province to a more convenient location, you can do so with no conditions attached.

The Canadian government did not restrict a permanent resident from any other right. Which means that once your status or application have been approved for permanent residency, you can live, work or study anywhere in Canada.

However, so many of Canada’s Provincial Nominee Program clearly request that applicants provide a good reason why the want to become permanent residents in the province.

Having said that, Canadian provinces use their provincial nominee program to select immigrants who have the right skills and talents that the province require.

The candidates’ skill is seen as an additional asset to improve the provinces’ labour market and economic values. Sometimes, the province request that a sign a letter of commitment to reside, work, or study in the province and to help contribute to its economic development.

If you are nominated by a province and you relocate to another province before your application or status is approved, the province can withdraw their nomination.