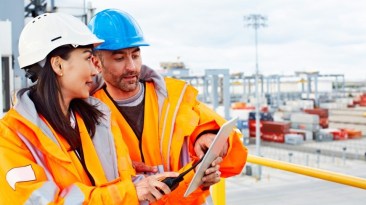 However, due to the stressful nature of most skilled trades, and the tediousness many Canadians opt for less stressful jobs. Meanwhile, the Canadian government has taken it upon himself to fill up the vacancies in the skilled trade sector.

The Introduction of the federal skilled trade program allowed Canada to search through the Express Entry for skilled workers. And immigrants who qualify are sent an invitation to apply for permanent residency.

Nonetheless, the demand for skilled immigrants is still very, especially from provinces who feel they are not getting enough. As a result, some of the provinces have created separate programs to bring in-demand skilled workers to their province.

Immigrants who often enter Canada as skilled workers or those who end up learning a trade, usually earn enough money. There are so many benefits a skilled trade worker enjoys, some of the trades only require 5 or 6 weeks training tops.

When you are done with learning, you start up as an apprentice which allows earning some money whilst you learn. Canada is faced with a labour shortage usually caused by ageing people in the country. This has caused a major decline in the labour force of the country and has posed a major threat to the country’s economy.

So far, the Canadian government has set up programs to teach both Canadians and immigrants some of the skilled trades in other to fill up the vacancies created.

Below are some of the in-demand Skill Trades in Canada

Areas of High Demand –  The Campbellton-Miramichi and Edmunston-Woodstock regions of New Brunswick; the Capitale-Nationale and Estrie regions of Quebec; the North Central and South Central regions of Manitoba; and the Lower Mainland-Southwest region of BC

Areas of High Demand –  Fair outlook in Alberta, BC, and Newfoundland and Labrador

Areas of High Demand –  New Brunswick and BC

Areas of High Demand –  PEI; the Kitchener-Waterloo-Barrie, Muskoka-Kawarthas, and Strafford-Bruce Peninsula regions of Ontario; and Yukon

Areas of High Demand –  Fair outlook in most provinces except Alberta, Saskatchewan, and Newfoundland and Labrador, where the outlook is limited (data unavailable for Yukon, Northwest Territories, and Nunavut)

Areas of High Demand –  The Lower Mainland-Southwest region of BC; the London, Stratford-Bruce Peninsula, and Windsor-Sarnia regions of Ontario; and the Fredericton-Oromocto, Moncton-Richibucto, and Saint John-St. Stephen regions of New Brunswick

Areas of High Demand –  PEI; the Fredericton-Oromocto, Moncton-Richibucto, and Saint John-St. Stephen regions of New Brunswick; Ontario; the Winnipeg region of Manitoba; the Wood Buffalo-Cold Lake region of Alberta; and BC

This year there was a slight increase of 14% in the number of openings that were created last year (over 60,170 vacancies).