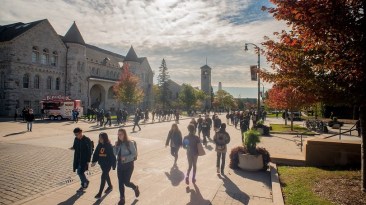 Canada has become one of the favorite places where immigrants and students go to every year. The country is presently the second most favorable places for international students to reside in, just behind the United States of America.

Canada is regarded as the most generous country in the world, with facts from the number of immigrants they accept each year. The country also has one of the fastest immigration processes for both students and skilled workers.

International students who live and study in Canada receive the very best of education and at a cheaper rate too. Canada has some of the best universities in the world, and the University of Toronto occupies the 18th position of the world’s best schools and 1st position in Canada.

The list of the world’s best schools compiled by U.S. News and World Report mentioned that foreign students who are studying in Canada are among the best in the world.

The list shows the outstanding caliber of education on offer in Canada, and why it has become one of the most sought-after countries in the world for international students.

According to U.S. News and World Report, “schools were evaluated based on their research performance and their ratings by members of the academic community around the world and within North America.”

Canada offers so many opportunities for its students whether foreign or local students. International students will have the chance to change their study permit to a permanent residence permit after they have graduated.

International students who graduate from a school in Canada will have the opportunity to stay and work in Canada with the Canadian graduate work permit.

The graduate work permit allows students to gain Canadian work experience which would help them if they wish to remain in the country permanently.