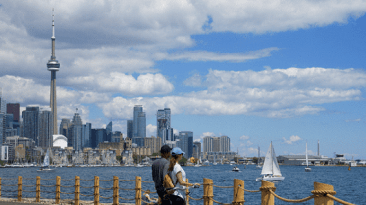 Canadian Immigration plans and strategy has tremendously grown over the years. Due to the incessant number of immigrants coming to Canada more immigration programs and streams have been created to bring in and accommodate them.

According to the plans set out by the Canadian government, Canada will aim to accept more than 1 million immigrants. The plan is to accept in total 1.5 million skilled workers, entrepreneurs, investors, etc. to help tackle labour shortage, grow the economy of the country and to an extent provide security for refugees.

Candidates who are eligible, admissible and are not a treat to the country will be nominated to become a permanent resident. The plan so far has turned out to be a success for the country. Between 2017 to 2019, Canada has accepted over 800,000 Permanent residents which have helped to tackle the country’s major concerns.

With more jobs and business created in the country, the Canadian immigration authorities will accept more immigrants to the country. The Express Entry system was introduced to help draw more applicants to Canada. Applicants who have an active profile, and meet any Canadian province requirements, will receive an ITA from the province.

Every year, more than 300,000 immigrants, refugees, and students enter Canada through various immigration system, streams, or programs. We will look at how many of these immigrants enter Canada each year through these various streams and programs.

The categories for the economic class are:

Each year the Economic Immigration Levels and categories accept an average of 198,000 immigrants, with numbers increasing each year.

The categories under this level include programs such as; spouse sponsorship, children sponsor, parents, and grandparents. An average of 90,000 immigrants come to Canada through the family class programs each year.

Canada provides support and helps vulnerable people coming into the country. Those who come through this program are usually victims of international crises and they enter Canada mainly through private sponsorship.

An average of 49,000 persons enters Canada through this program each year.

Categories for this group include:

This category welcomes an average of 4,500 immigrants each year, they are mainly welcomed at the discretion of the Federal Government.